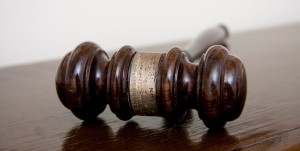 Most people have some very general ideas on what is involved in a lawsuit for damages involving personal injury.  In Ontario, when one person sues another for injuries arising from a car accident, it is most likely that a jury trial is where the claim will end up if it can’t be settled.

There are a few things to be aware of as you think about a jury trial. First, it is likely the jury will be required, instead of judge alone, because of the insurance company’s wishes.  The insurance companies in Ontario these days will request a jury trial 99.9% of the time in motor vehicle accident claims.  The insurance industry appears to have decided, and a number of judges have observed, that jury trials appear to result in lower damage awards to injured Plaintiff’s than a judge-alone trial.  There are, of course, a number of exceptions to that rule but due in large part to negative publicity campaigns of plaintiff’s claims many juries appear to be unsympathetic to injured plaintiffs.

Second, Our court system is suffering from a significant backlog of cases and a shortage of judges. A trial date for a typical civil jury trial is typically three or more years after the initiating incident and it is becoming common that those scheduled trials are getting adjourned for another year or two at the last minute. The last trial that our office conducted occurred 9 years after the accident due to a number of adjournments of previous trial dates. The delays in the system can be extremely prejudicial to a person who is suffering from serious injuries and is unable to work.  Imagine waiting 9 years to try to get some compensation for all of the income you have lost.

Now, you’ve survived the years of litigation and, at long last, reached your trial date. What happens now?  The first thing that needs to happen is the selection of a jury.  When you walk into the courtroom on that first morning you may find about 100 to 150 potential jurors sitting around waiting.  When court starts, the trial judge will take the bench and give those potential jurors some detail on what is about to happen.  The court then goes through a process of random selection to end up with 6 jurors who will be the decision makers in the trial that is about to happen.  That selection process allows potential jurors the opportunity to be excused before they are selected if they have a valid excuse but some who hope to be excused may end up selected as jurors despite their wishes.

That jury selection process usually takes one to two hours after which the six panel jury is given some direction and is sent to the jury room until the trial commences.  After the jury is selected the lawyers for both parties will have some initial issues to discuss with the judge in the absence of the jury.  This can include such things as the filing of various exhibits on consent, the use of demonstrative evidence or images in opening statements, an order excluding witnesses and the number of expert witnesses that may testify.  When those items have been addressed the trial can begin.

The jury will be called into the courtroom and will take their seats in the jury box.  They may be given some notepads and pens and the trial judge will give the jury some opening instructions on how the trial will unfold.  After that the Plaintiff will give its opening statement, normally followed by the Defence lawyers opening statement.

After opening statements are concluded, the Plaintiff begins to call its witnesses. Often, the first witness will be the Plaintiff, him or herself, who will testify and be cross-examined.  A typical personal injury trial these days will also involved at least five expert witnesses including medical experts, accountants, future care planners, mental health professionals and all of the treating doctors. Most likely a number of “lay witnesses” will testify as well.  Those include friends and family of the Plaintiff.

After the last witness finishes testifying, there is still lots of work to be done.  Primarily, this involves the closing statements of the Plaintiff and Defendant, followed by the judges final charge to the jury.  The jury will be given a list of questions that they will be asked to answer. With that list in hand, the jury is directed to the jury room with all of the exhibits to consider the various questions.  The jury must deliberate until at least 5 of the 6 jurors agree.  If the jury cannot reach an agreement the trial judge will make several efforts to encourage further deliberation and to reach a concencus.  Ultimately, if the jury simply cannot agree on the outcome of the questions to be answered a mistrial may be declared and a retrial, with a new jury, will take place at some later date.

After weeks of trial and, possibly, days of deliberation a jury that has reached a verdict is recalled to the courtroom and the answers to the jury questions are read out for the record. The answers reached are often as simple as a “yes” or “no” or is a dollar value assigned to a particular question.  It can be disappointing and frustrating to litigants after such a long process that they are given no insight into how or why a jury decided on the answers they reached.  After 5 of 10 years of complex litigation you may be left with nothing more than a “yes” or “no” as the outcome.

There is much debate in Ontario right now about the role of jury trials in our judicial system, particularly as it relates to personal injury litigation.  It is likely that changes to our system will be made to limit the number of cases that are eligible for a jury trial in an effort to relieve some of the delays and to simplify the level of complexity involved in what should be a simple case.

We offer clients contingency fee arrangements which means you don’t have to give us a retainer. We only get paid when we win or settle your case.

Meet with us at one of our offices in Prescott, Brockville or Cornwall. Alternatively, we can arrange to meet at your location.

We represent clients from all over Eastern Ontario including Kingston, Ottawa, Belleville, Kemptville, Smiths Falls, Perth and Athens.

I would like to express my warm-felt appreciation for the efforts of you and your staff for the past few years on my behalf.  I have been treated with professionalism, courtesy and pleasantness.  Over the years I have dealt with many courts, many lawyers and much bureaucracy.  So I can safely state that the service that you and your office provide and the way it is delivered is desperately need… END_OF_DOCUMENT_TOKEN_TO_BE_REPLACED

We would highly recommend Laushway law Firm if you are ever in need of a lawyer…very professional, very knowledgeable and very patient with answering many questions or concerns.

Thank you again for all the help you gave me with the purchase of my condo and the sale of …I really appreciate how easy it is to get all this ‘stuff’ done with you people at Laushway Law.

I was extremely happy to see that the settlement funds were successfully transferred to my account. I really wanted to thank you for everything that you have done to help me along the years. My father and I are more than happy with how things turned out and now we can use the money to support my needs for the rest of my life. I learned lots from this experience and finally glad it is over. Thanks… END_OF_DOCUMENT_TOKEN_TO_BE_REPLACED

I would like to express my gratitude for all your efforts over the past few years. The settlement has, and will continue to impact my life in a very positive way, as you can imagine.  In truth, I was not expecting the generous outcome of the case, and I am still euphoric with possibilities. Certainly you have received many notes of appreciation over the years but in particular I would like to e… END_OF_DOCUMENT_TOKEN_TO_BE_REPLACED

I want to thank you for your help after the insurance company terminated my disability benefits. You were a bulldog and didn’t give up through all the time fighting with them and I couldn’t be happier with the settlement we got.  If anyone is looking for a lawyer, I will definitely recommend you.

I want to thank you for all your hard and successful work on my behalf. I appreciate your guidance, patience and support throughout every aspect of the process.

Thank you for all your hard work and making the purchase of our new property so easy. With appreciation and many thanks.

The Laushway team – you must know how much I appreciate all that you and the girls have accomplished for me. You made a difference.

Please accept our gratitude for handling our affairs so quickly and professionally. We look forward to conducting future business with your firm. Again thank you!

Consultations can be arranged at our offices in Prescott, Brockville and Cornwall, or at your location.